Business Forward America’s biggest asset managers are objecting to the Department of Labor’s new proposal on ESG investing. Here’s why. - Business Forward
Back to News

America’s biggest asset managers are objecting to the Department of Labor’s new proposal on ESG investing. Here’s why. 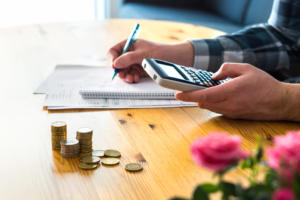 The U.S. Department of Labor recently proposed — and is now struggling to defend — a rule that would discourage managers of pension and 401(k) plans from offering environmental, social, and governance (ESG) funds to investors. In doing so, the Department is practicing a reverse form of the “political correctness” President Trump and Republicans like to criticize. The rule will reduce consumer choice, plan diversification, and, ultimately, investment performance.

ESG funds, which recently surpassed $31 trillion in market value, have grown increasingly popular with investors for two reasons. First, out of principle, many investors want to avoid coal companies, companies with poor environmental records, or companies with poor labor practices. Second, companies that care about ESG tend to outperform their competitors. The first reason is a matter of consumer choice. The second is a matter of better returns.

The fact that ESG-minded companies outperform their competitors is well established, and that’s why the Department’s attempt to single out ESG funds appears so political. For nearly 50 years, the Department has applied the same standard to all different types of investments. Abruptly, the Department wants to create a new standard, apply it to a single category, and hold anyone offering ESG-centric funds to special scrutiny.

Not surprisingly, banks, investment advisors, economists, environmental groups, and consumer advocates filed more than 1,000 comments on the rule, and the vast majority were critical.

Three responses are worth special consideration, because they come from the three firms that, together, manage roughly $11 trillion in assets. State Street, Vanguard, and BlackRock – the top three money managers in the U.S. – each argued that the rule would produce the opposite effect the Department says it intends.

The rule will hurt investor returns, because ESG is “about value, not values.” As State Street explained, “We believe that addressing material ESG issues is good business practice and essential to a company’s long-term financial performance — a matter of value, not values… The evidence supporting the value of ESG integration in investment strategies is substantial and continues to grow.” They added, “[W]e expect such ESG integration to increasingly become a mainstream, if not standard, element of long-term, value-driven investing.”

State Street noted “evidence supporting the value of ESG… is substantial and continues to grow,” citing an analysis of more than 2,000 studies showing a correlation between strong corporate sustainability and economic performance — in other words, those studies rebutted the Department’s entire theory of the case.

In its comments, BlackRock noted “incorporating sustainability-related factors … into investment decisions is likely to provide better risk-adjusted returns to investors over the long-term.” BlackRock also cited “a robust body of research that reinforces these views.”

The rule will reduce consumer choice.

Vanguard argued “We firmly believe… investors should have the choice to avoid investment risks they would prefer not to take, including risks associated with [ESG] considerations…  Some investors seek to invest in line with their values, while others aim to effect some manner of societal change through their investments.” Trump’s proposal “may unnecessarily and inappropriately restrict investors’ ability to manage risks and pursue investment opportunities in their portfolio.”

According to State Street, “under the proposed rule, ERISA plans will be left with… strategies that deliberately ignore ESG considerations… potentially disadvantaging plans, participants and beneficiaries by restricting access to an entire type of long-term, value-driven investment that could help ensure future retirement security. We believe such an outcome is clearly contrary to the purposes of ERISA.”

Singling out a type of investment because you don’t like its “politics” is bad law — and bad law creates uncertainty.

State Street was blunt: “We believe the terms of the proposal to be generally unworkable, leaving asset managers and other plan beneficiaries with substantial legal uncertainty…”  Why? “Until now, the Department has never deviated from this basic view of the duty of prudence… all investments are subject to the same prudential standard of care.

Vanguard was more diplomatic: “We respectfully suggest that the Department address risks posed by ESG investments through a robust disclosure regime [like every other kind of investment], instead of outright investment restrictions.”

Arbitrary rules require more red tape, and that gets expensive.

According to BlackRock, “The Proposal creates an overly prescriptive and burdensome standard that would interfere with plan fiduciaries’ ability and willingness to consider financially material ESG factors…” It “would impose significant costs and burdens on ERISA plans that would ultimately be detrimental to plan participants and beneficiaries.”

State Street agrees: “[I]mposing substantial new compliance burdens and costs on plans and plan fiduciaries is unwarranted, unneeded and not in the best interest of plan participants and beneficiaries.”