Harm to American Manufacturers Increases; $270 Billion in Auto and Aerospace Exports at Risk

Today we published the July edition of our American Steel Index report. The monthly report compares the prices American manufacturers and their foreign competitors pay for hot- and cold-rolled steel. Key charts are below.

U.S. prices for hot- and cold-rolled steel have increased for eight straight months, on average. Since President Trump announced his plans for steel and aluminum tariffs in February, prices in the U.S. for hot- and cold-rolled steel have risen 24.7 and 17.5 percent, respectively. During that same time, prices in the UK, Italy, China, Germany and Japan are down 3.3 and 4.0 percent, respectively.

The dollar difference between steel prices in the U.S. and in competing markets has more than doubled since February (2.26 times larger).

“If steel represented 20 percent of your cost of production in February, and your profit margin was 10 percent, this month’s higher prices wiped out 42% of your profit,” explained Business Forward President Jim Doyle. “You’re left absorbing the loss, raising prices, or laying-off employees.”

The aerospace and automotive sectors are America’s largest exporters. Each exported more than $134 billion in goods last year. Earlier this month, Tesla, responding to higher steel and aluminum prices in the U.S. and retaliatory tariffs in China, announced it will build a factory in Shanghai. Ford, BMW, Volvo, and Daimler, which export vehicles from the U.S. to China, face similar pressures. Factories in Alabama, South Carolina, Michigan and Missouri are among those likely are facing higher export costs.

“These tariffs are particularly hard on manufacturers that export. American exporters pay more for steel, face retaliation in foreign markets, and generally suffer from the economic uncertainty and bad will that our trade policies create,” said Doyle. “In a competitive market, like autos, with margins as low as 4 to 6 percent on some models, a 25 percent disadvantage on steel can shut you out of foreign markets. Combined with the retaliatory tariffs our trading partners are now adding, these tariffs could end up redirecting tens of billions in automotive investment.” 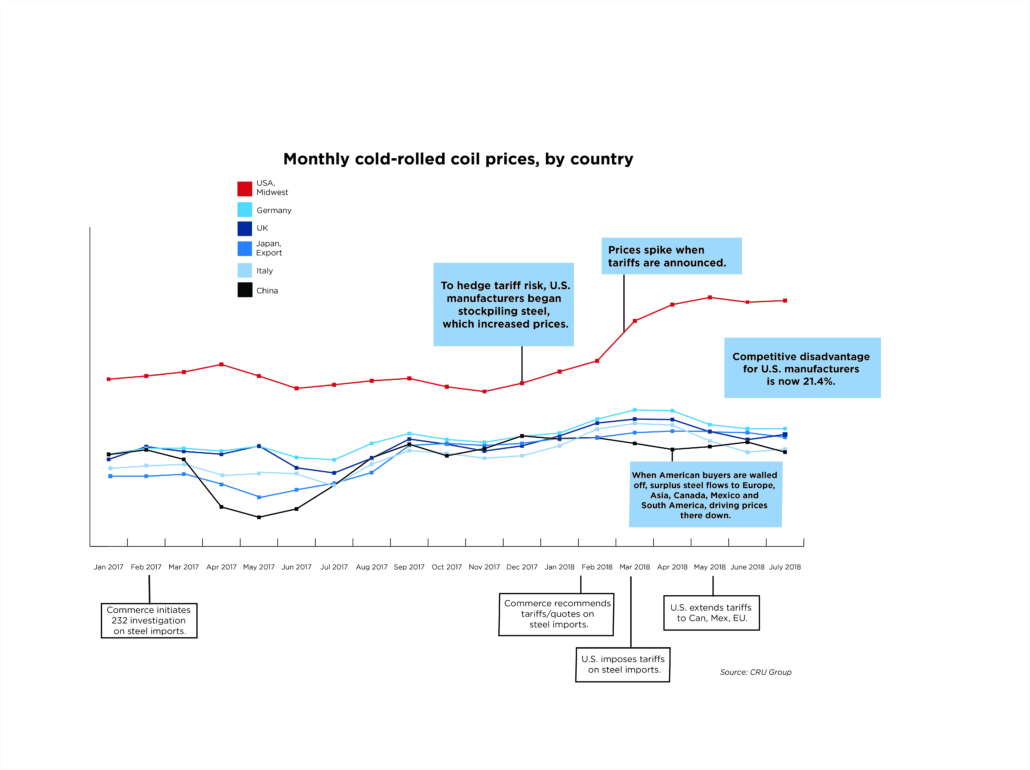 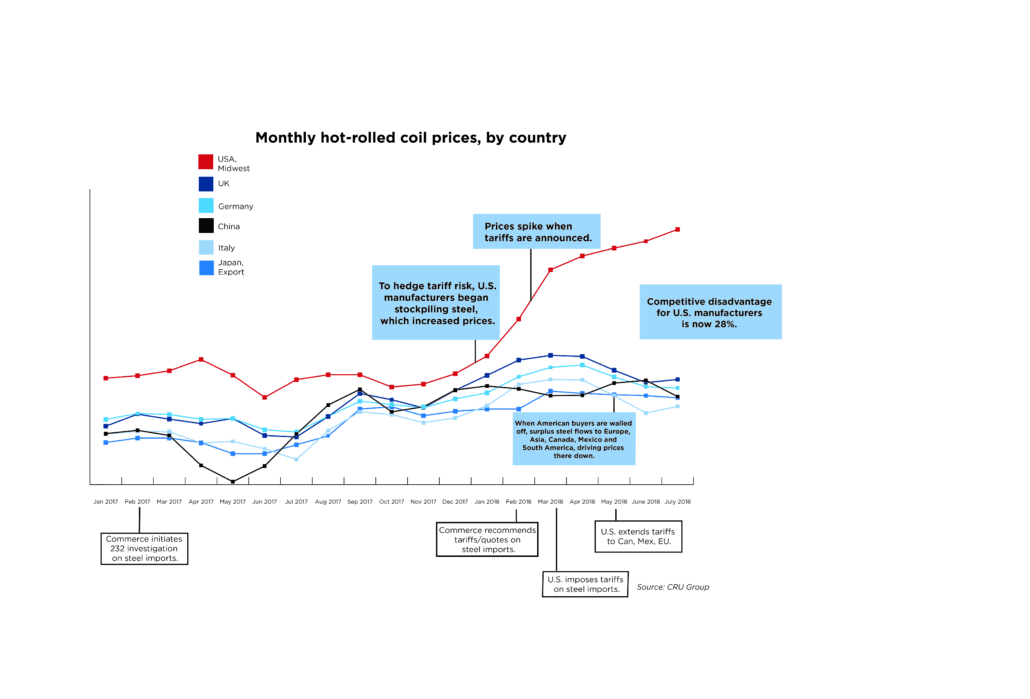