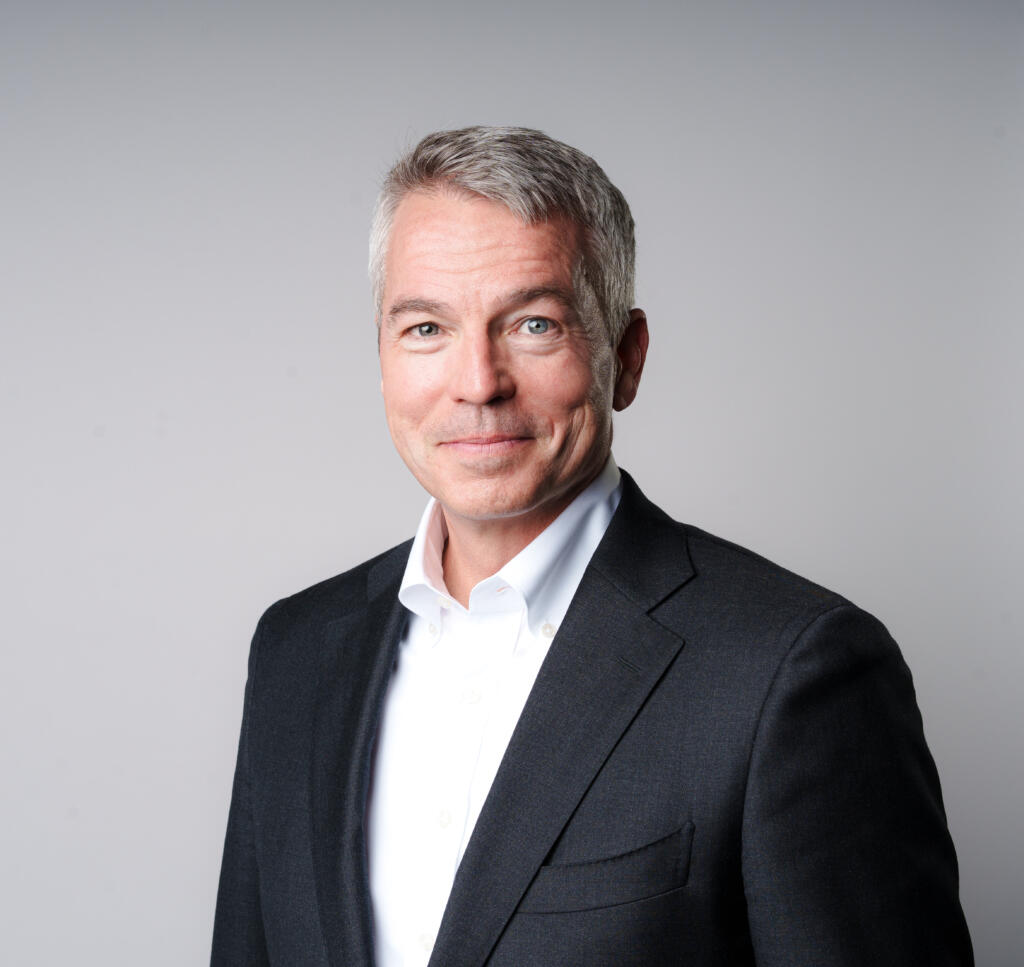 For 25 years, Jim Doyle has advised leading corporations, financial service firms, venture capitalists, and non-profits on a range of policy, regulatory, and communications issues. In addition to his work at Business Forward, Jim serves as president of Portico Policy Advisors, a policy research firm. Jim’s managed research projects on clean energy, climate change, trade practices, technology in schools, college affordability, children’s nutrition, and online privacy. Prior to founding Portico, Jim helped build and sell two businesses. He also served as senior policy advisor and deputy chief of staff to Commerce Secretary William Daley, where he focused on technology and economic policy, and on the communications team of Clinton/Gore 1996. Prior to joining the Clinton Administration, Doyle practiced law with Hogan Lovells US LLP. He is a graduate of the University of Michigan and Harvard Law School. He lives in Washington, D.C. with his wife and two children. 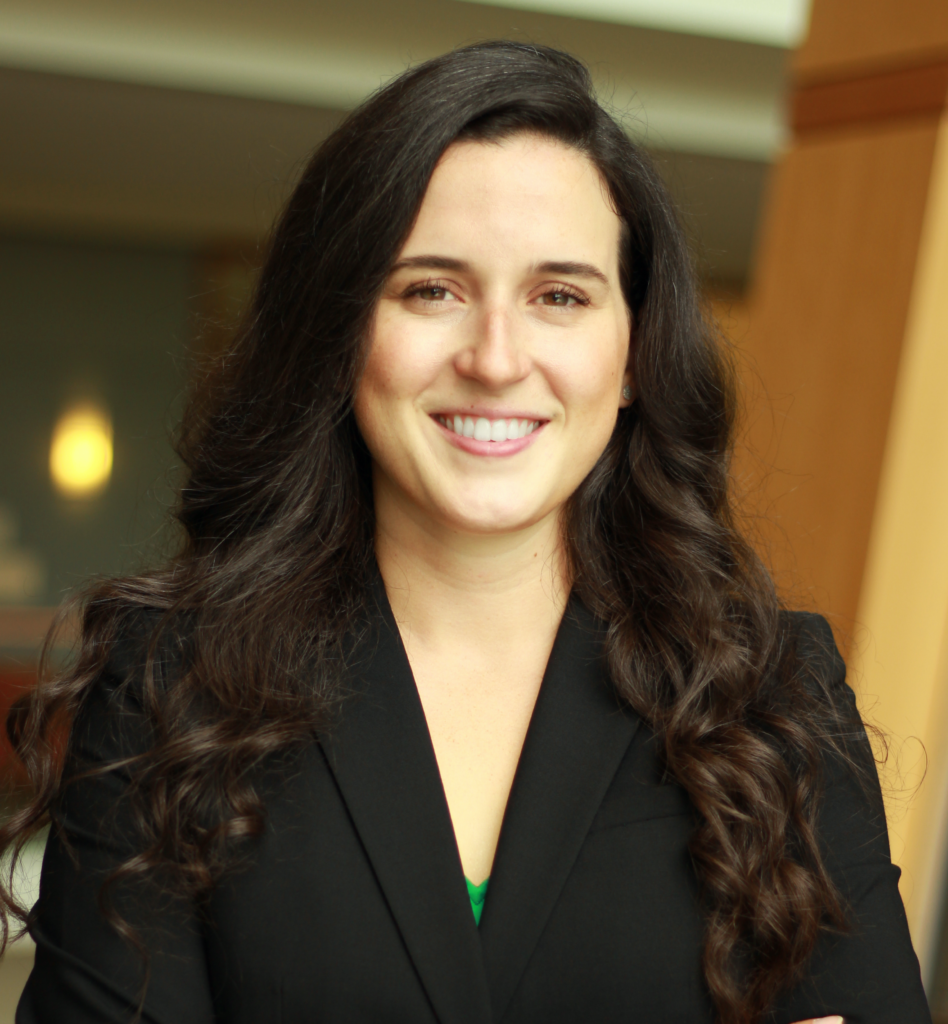 Liz most recently served as a Fellow at Blu Venture Investors, a VC firm led by operating executives investing in early stage entrepreneurs in the Mid-Atlantic Region. She has advised high tech, auto industry, and media clients on strategic positioning and policy as Director of Research for Portico Policy Advisors. She has worked for a boutique veteran-owned defense contractor, The Aspen Institute’s Communications and Society Program, and a venture-backed online video production company, Animoto.

Liz holds a BA in Latin American, Latino, and Caribbean Studies from Dartmouth College and MBA from Georgetown University’s McDonough School of Business. She lives in the Washington, D.C. area with her husband. 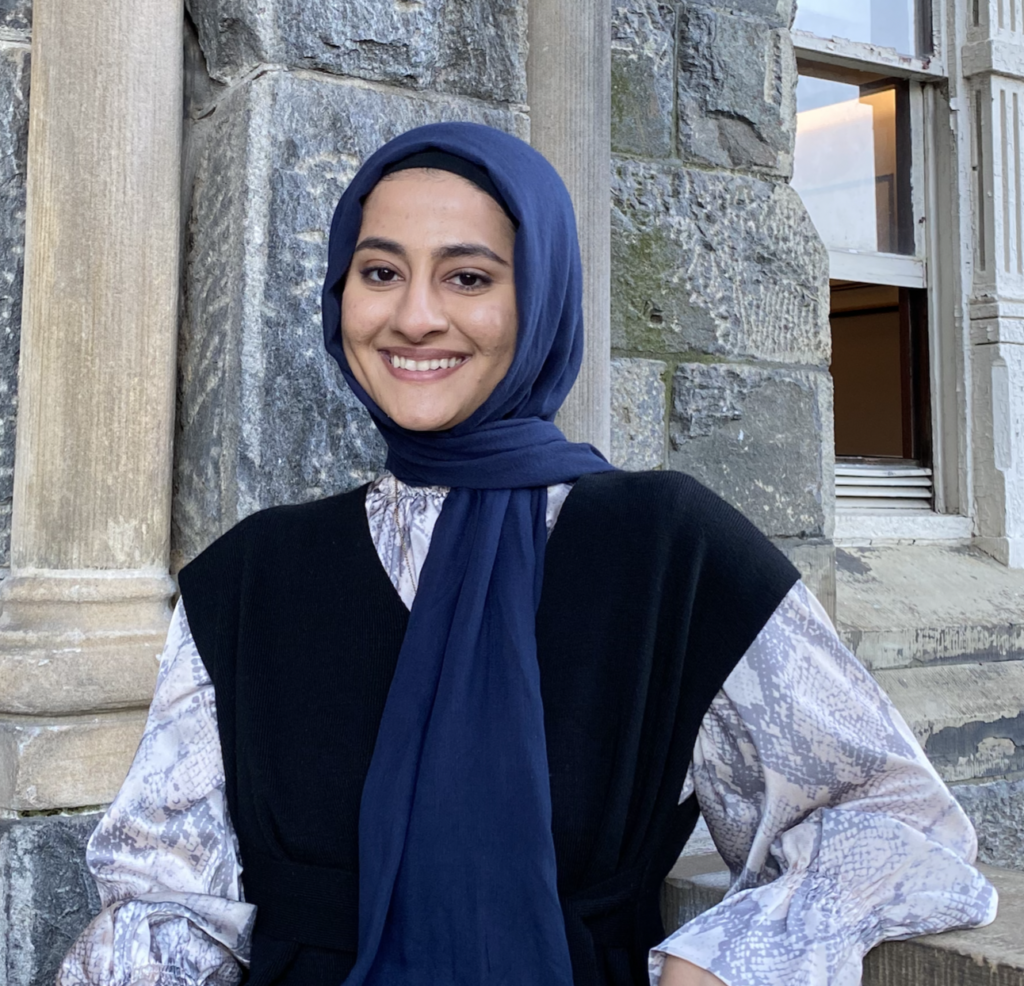 Maryam is a Research Fellow at Business Forward. Previously, Maryam was the Business Forward Research Associate. Before joining Business Forward, Maryam worked as a research assistant at the George Washington University Graduate School of Education and Human Development. She also interned at the Phi Beta Kappa Society’s National Arts and Sciences Initiative where she worked on advocacy for higher education issues.

Maryam holds a BA in Political Economy from Georgetown University and currently lives in the Washington, DC area. 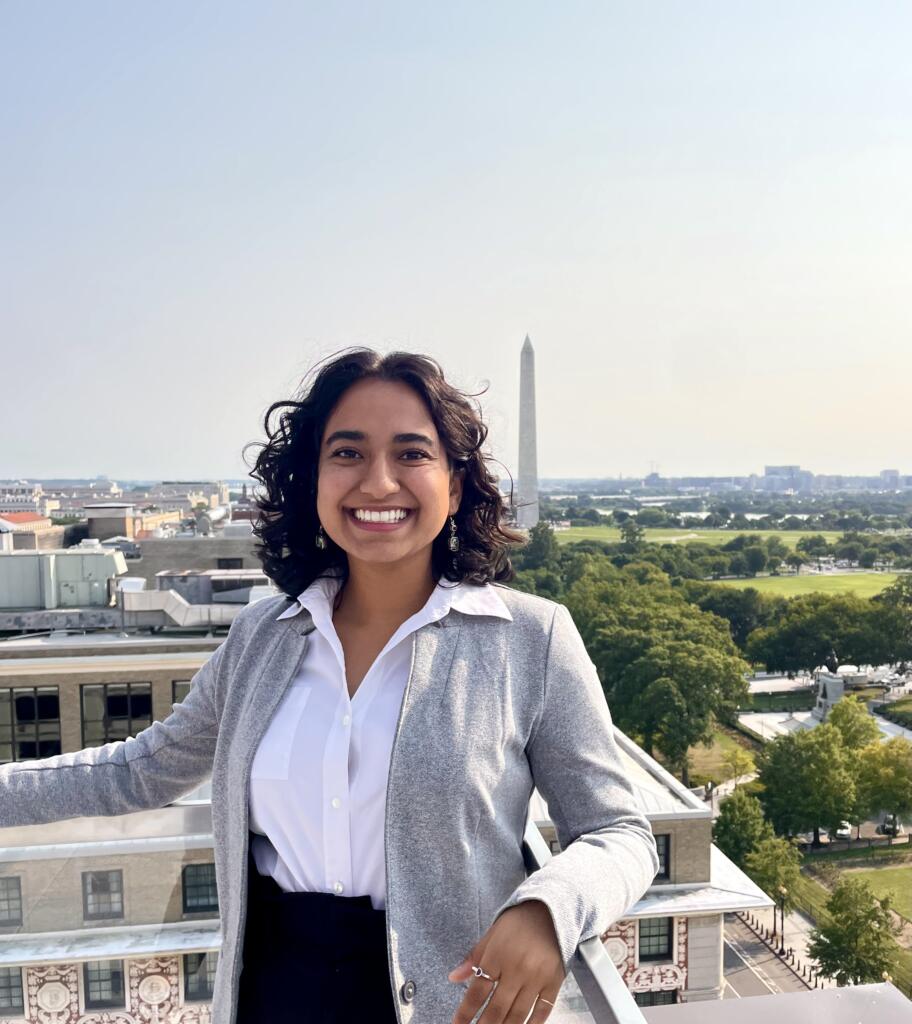 Aayushi Chandra is a Research and Communications Associate at Business Forward.

Aayushi graduated from Ohio State University with a BA in Economics, International Studies, and French. Before starting with Business Forward, Aayushi worked as a legal intern with Iridium Communications in McLean, VA, and as a Nuclear Research Fellow at the Middlebury Institute of International Studies in Monterey, CA. Aayushi was also a research assistant at OSU studying Mexican-U.S. immigration patterns.

Aayushi has lived in Kentucky and Ohio and now resides in Washington, D.C. 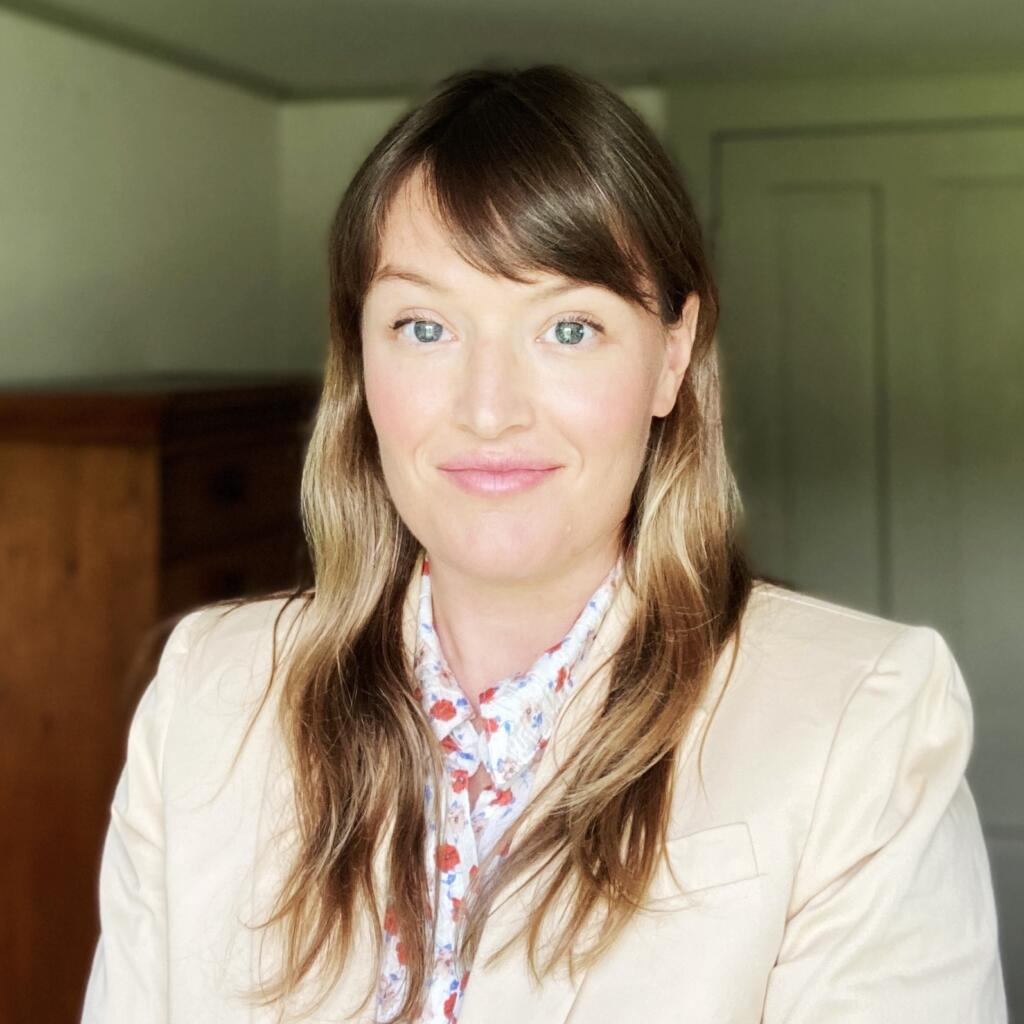 Carrie Gay is the Membership and Programming Director at Business Forward.

Carrie most recently served as the Coordinated Campaign Director for the Nebraska Democratic Party for the 2020 general election. She previously served as Organizing Director for Biden for President in several early and key primary states including Texas, South Florida, and the Mid-Atlantic states. Prior to joining the campaign, she was a communications and campaign strategist for various non-profit organizations including Girl Rising, a global campaign for girls’ education and empowerment.

Carrie has a BA in Art History from the College of Charleston and lives in Washington, DC. 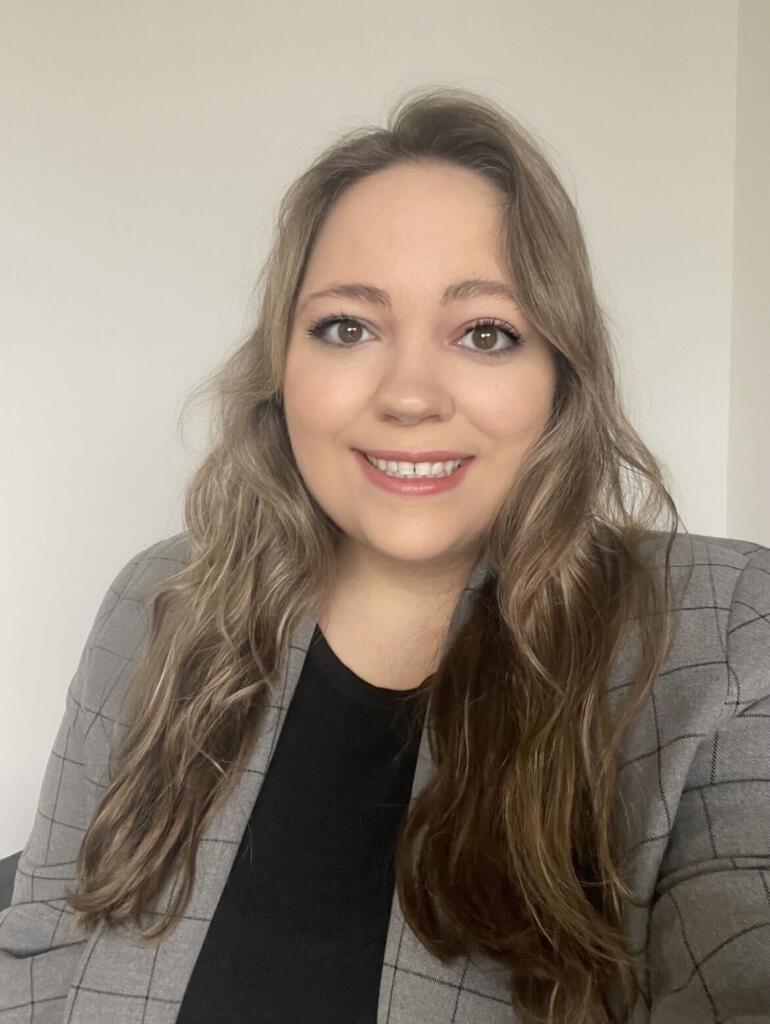 Maggy Henert is a Senior Associate at Business Forward, engaging with small business leaders in the Northeast.

Maggy was most recently a Field Organizer in Maricopa County for the Arizona Coordinated Campaign for the 2020 general election. She previously organized in several early and key primary states including Iowa, California, and the West Coast region during the primary election for Biden for President. While attending Fordham University, she was a Military and Veterans Affairs Casework Intern for Senator Gillibrand, and a Legislative Intern for a Queens Assemblymember.

Maggy has a BA in Political Science from Fordham University and lives in Washington, DC. 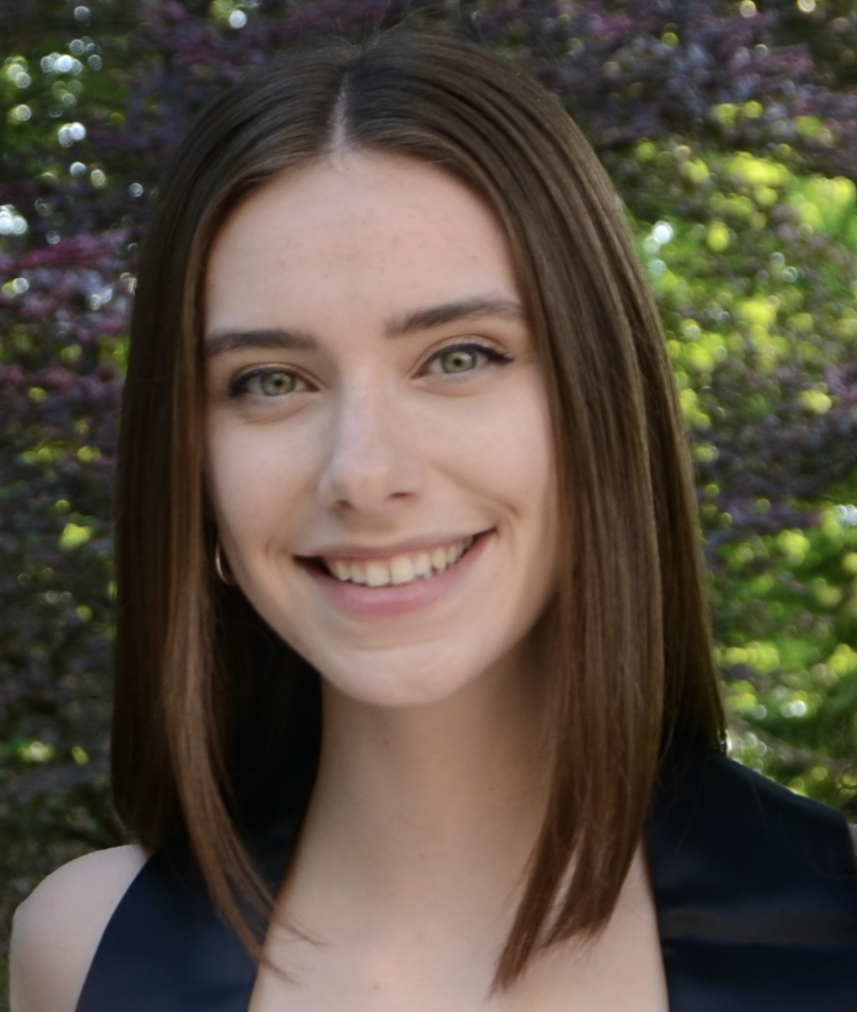 Rachael is a Programming Manager at Business Forward.

After graduating from Northwestern University with a BA in Political Science and Communication Studies in March of 2020, she joined the Biden for President campaign as an organizer for the Ohio Coordinated. Rachael has previously served as Deputy Campaign Manager’s assistant in the 2018 Illinois gubernatorial race, and interned for a boutique DC lobbying firm, focused on financial technology and defense. The daughter of two Air Force service members, Rachael moved around frequently before attending high school in Omaha, Nebraska.

She now resides in Washington, D.C. 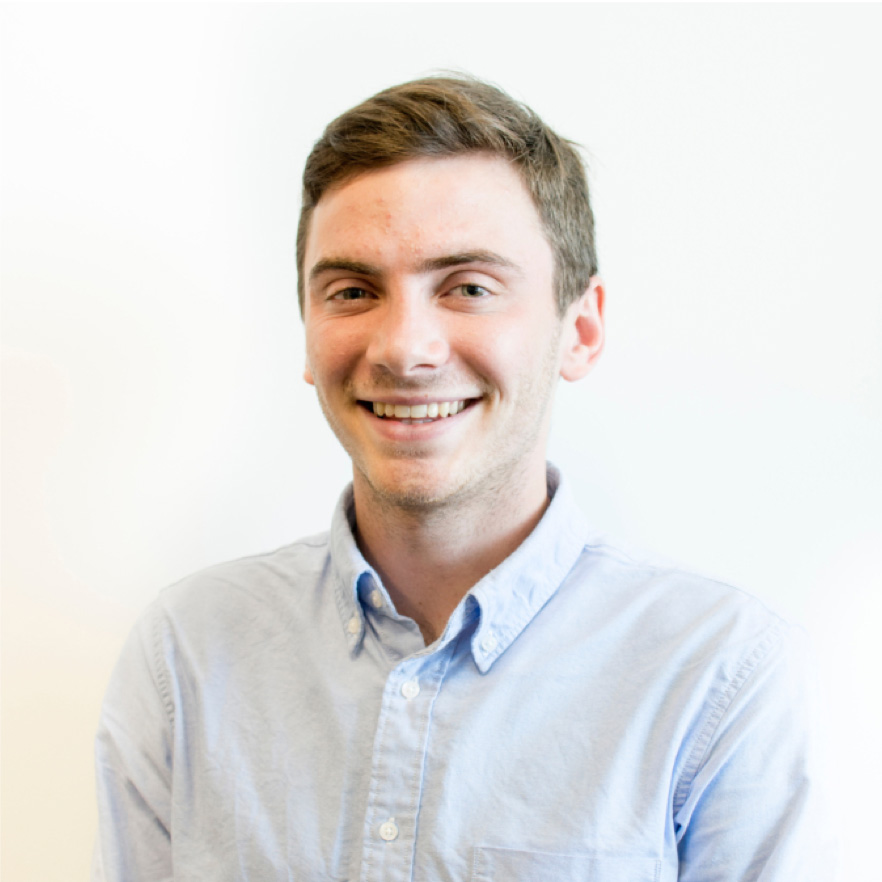 Alex Pasanen is a Research Manager at Business Forward.

Born and raised in South Burlington, Vermont, he graduated from Brown University with a degree in economics. Before Business Forward, Alex interned at the Progressive Policy Institute in D.C. and Adobe in San Francisco, where he worked on economic policy and product management, respectively. 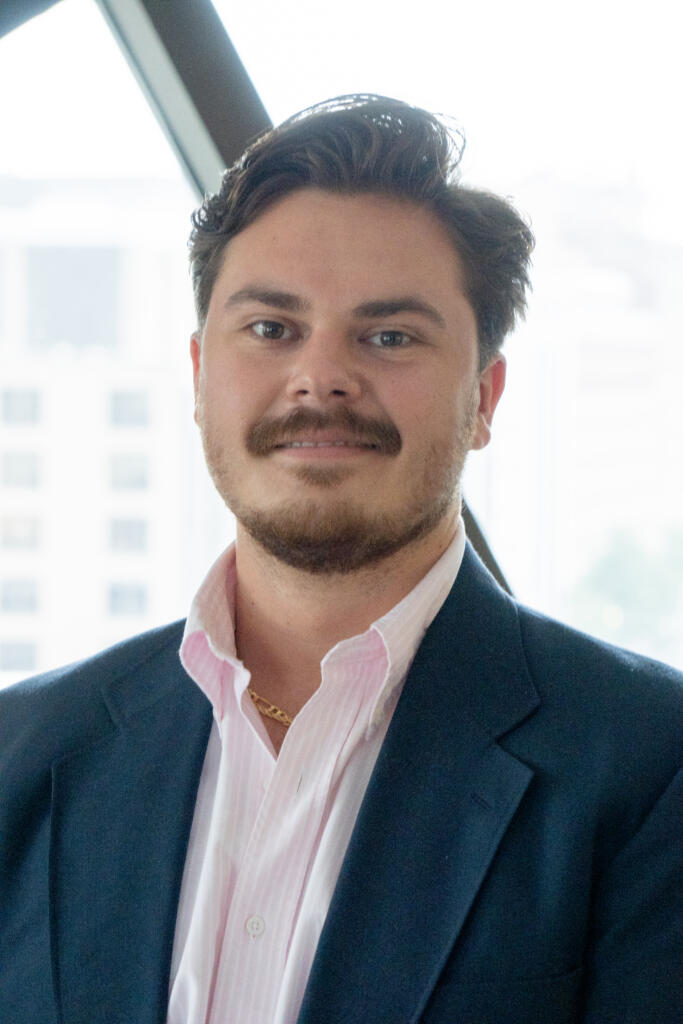 Thoren Perego is a Senior Associate at Business Forward, engaging with small business leaders in the Southeast.

Thoren most recently served as Campaign Manager for a mayoral reelection campaign in Connecticut. He previously served in electoral campaigns for the 2021 Georgia Senate Run-Off, 2020 Florida Coordinated Campaign, Biden for President, 2018 Florida Coordinated Campaign, and interned for former Senator Bill Nelson (D-FL). During his career on campaigns, he served in a variety of positions centered around building relationships and empowering people with the tools to take action.

Thoren was born and raised in Daytona Beach, Florida has a BA in Political Science from the University of North Florida and lives in Washington, DC. 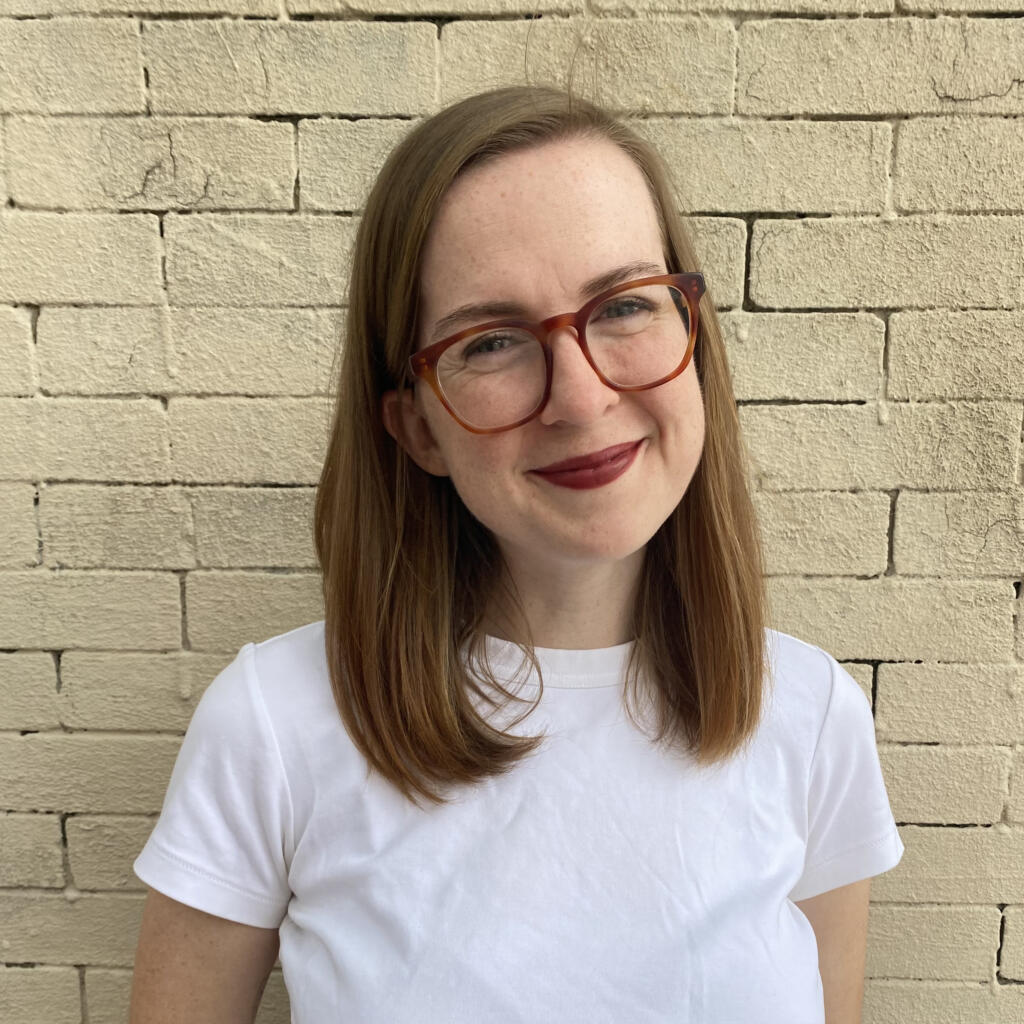 Ashton is the Digital Director at Business Forward.

Most recently, Ashton served as Digital Manager in the New York City Queens Borough President primary race. Before that, she joined the Biden for President campaign as the Digital Director for Nebraska’s Second Congressional District. After graduating from Kent State University with a degree in Fashion Design, she spent the first few years of her career designing womenswear for a widely known department store. 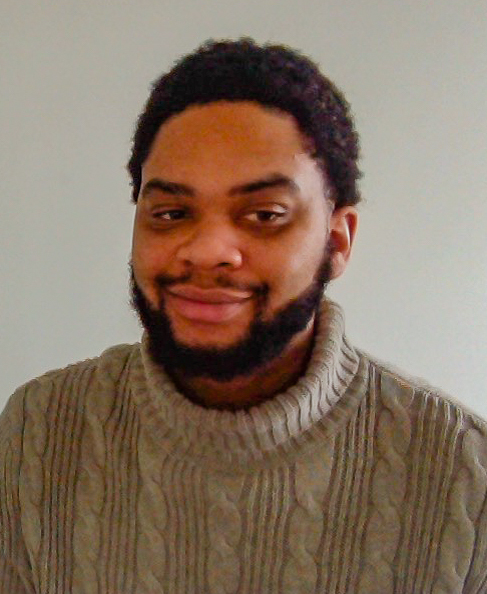 Devin Reese is a Senior Associate at Business Forward, engaging with small business leaders in the Midwest.

A Milwaukee native, Devin’s lifelong passion is to make his hometown better than he originally found it. Prior to joining Business Forward, Devin was an Operations associate for Wisconsin’s Coordinated Campaign and helped secure a victory. When Devin is not amplifying the voices of business leaders in the Midwest, you probably will find him cheering for the Milwaukee Bucks, Green Bay Packers, or the Milwaukee Brewers. 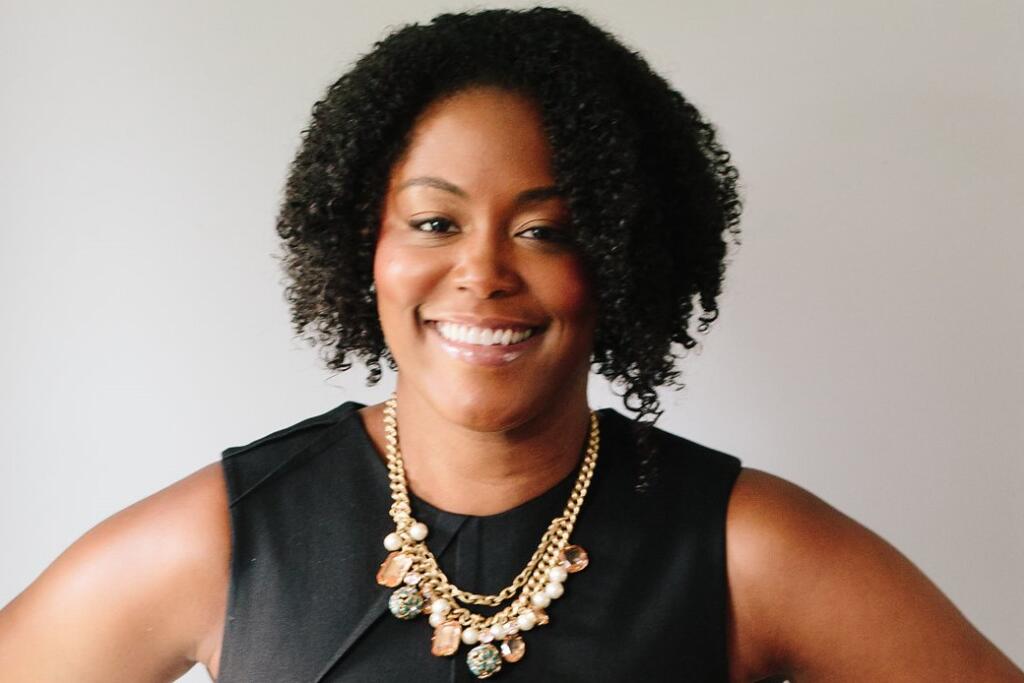 Marisa Renee Lee is a writer, speaker, and entrepreneur. She is the CEO of Beacon Advisors, co-founder of Supportal, and founder of The Pink Agenda.

Supportal is a platform that makes it easy for people to respond when someone they care about is faced with a life-changing challenge. With a focus on experiences that are difficult to deal with and difficult to respond to, Supportal features first-hand accounts of people who have experienced life-changing challenges. They detail the best and most thoughtful ways people in their lives responded and Supportal provides recommendations that will make it easy for others to do the same.

In addition to her work on Supportal, Marisa runs Beacon Advisors, a mission driven consulting firm that allows her to support a variety of institutions on strategy, organizational development, and executive coaching.

Marisa has significant experience advising political, business and non-profit leaders and advancing their strategic priorities as well as launching new projects, programs, and partnerships. She has proven expertise in identifying avenues for business expansion and political growth as well as project, team, and financial management and growth. 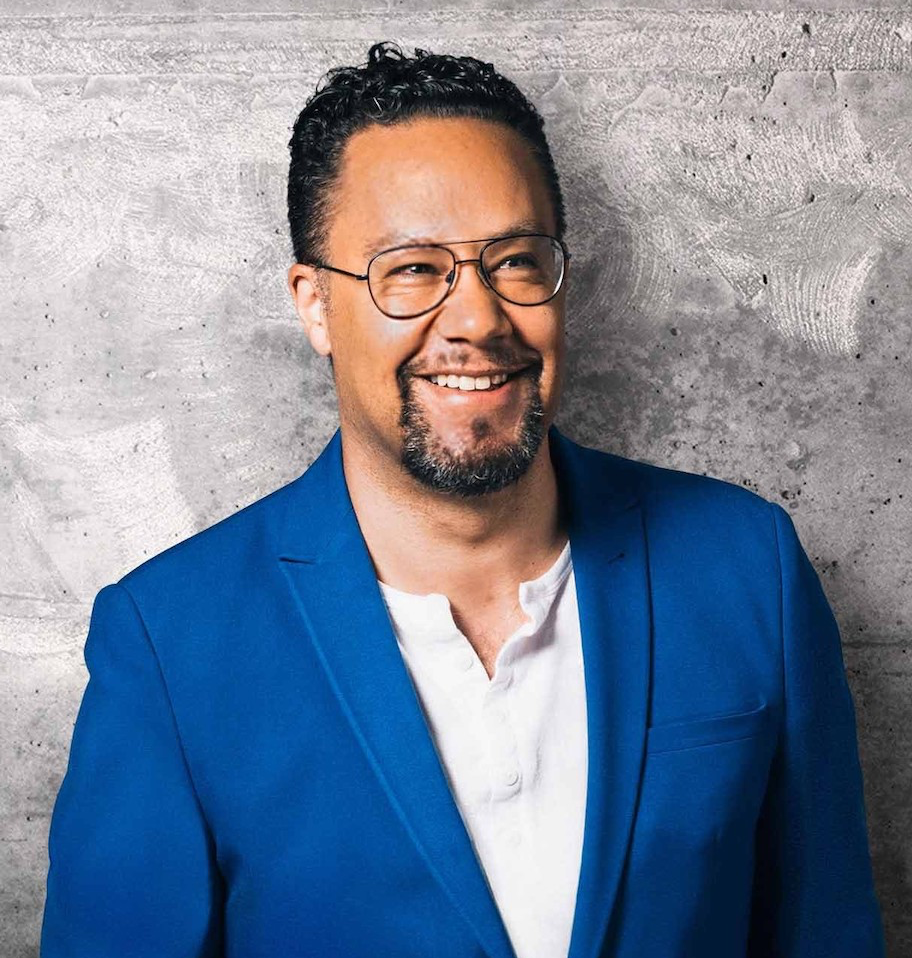 As chief strategy and engagement officer, David Sutphen leads 2U, Inc.’s communications and brand functions, as well as the company’s social impact, strategic partnerships, and diversity and inclusion efforts. A member of the senior leadership team, Sutphen reports directly to the CEO.

Sutphen joined 2U in 2017 from Brunswick Group, a global strategic communications advisory firm, where he was a partner and head of the Washington, DC, office. During his more than eight years at Brunswick, Sutphen advised Fortune 500 and emerging companies on strategic communications, reputation, stakeholder engagement, crisis, diversity, and public affairs matters with a particular focus on the media, retail, technology, and education sectors.

Earlier in his career, Sutphen served as judiciary committee general counsel to the late Senator Edward M. Kennedy and chief of staff to former Congressman Harold Ford Jr. After leaving Capitol Hill, Sutphen worked as a senior vice president at the Recording Industry Association of America and at Viacom, the parent company of MTV Networks, BET Networks, and Paramount Pictures.

Outside of 2U, Sutphen is actively involved in numerous education, non-profit, and philanthropic endeavors. He currently serves as board chair of GetSchooled; a board member of CityBridge Education; and as secretary of the board for the U.S. Soccer Foundation. Sutphen currently serves on the Dean’s Advisory Board for the Ford School of Public Policy at the University of Michigan.

He is an honors graduate of Amherst College, with a B.A. in Political Science, and served as a trustee of the college. Sutphen also earned a J.D. from the University of Michigan Law School, where he served on the editorial board of the Michigan Law Review, before clerking on the United States Court of Appeals for the Third Circuit. 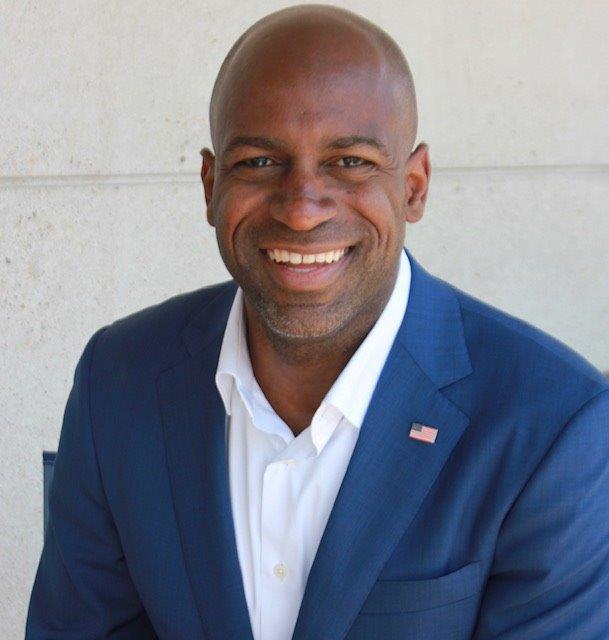 In 2020, Thompson was selected to serve on the Biden – Harris Transition as the Private Sector Liaison where he provided strategic and management oversight of the interaction with the private sector while managing relationships with Fortune 500 CEOs, Wall Street firms, venture-backed enterprises and industry groups.

A native Texan, Kenny completed his undergraduate degree at Texas Christian University, where he was a proud member of the Horned Frog baseball team. He later earned a Master of Business Administration from Georgetown University.

Currently, Kenny serves on the board of directors of the Women’s Congressional Policy Institute, Corporate Advisory Council at the National Urban League, and the AddRan College of Liberal Arts at TCU.