But rising prices in the U.S. are only half the problem: American tariffs also lower prices our competitors pay. When American buyers are walled off, surplus steel flows to Europe, Asia, Canada, Mexico and South America, driving prices there down. Since February, our prices rose 18 percent, while prices in China dropped 3 percent.[3] If you’re valuing the competitive disadvantage for U.S. manufacturers, it’s 21 percent, not 18 percent.

To understand how bad this is, compare the cost difference with profit margins, not sales prices. Trump officials have argued that steel tariffs won’t hurt because they add just $175 to the cost of a $35,000 car. First, industry estimates range from $300 to $400, twice that amount. That $350 is about 1 percent of the purchase price, but the profit margin on that car is 4 to 6 percent — which means the tariff could wipe out as much as a quarter of automakers’ profits. Worse, the impact is higher on less expensive vehicles, which means lower income families are hurt more. 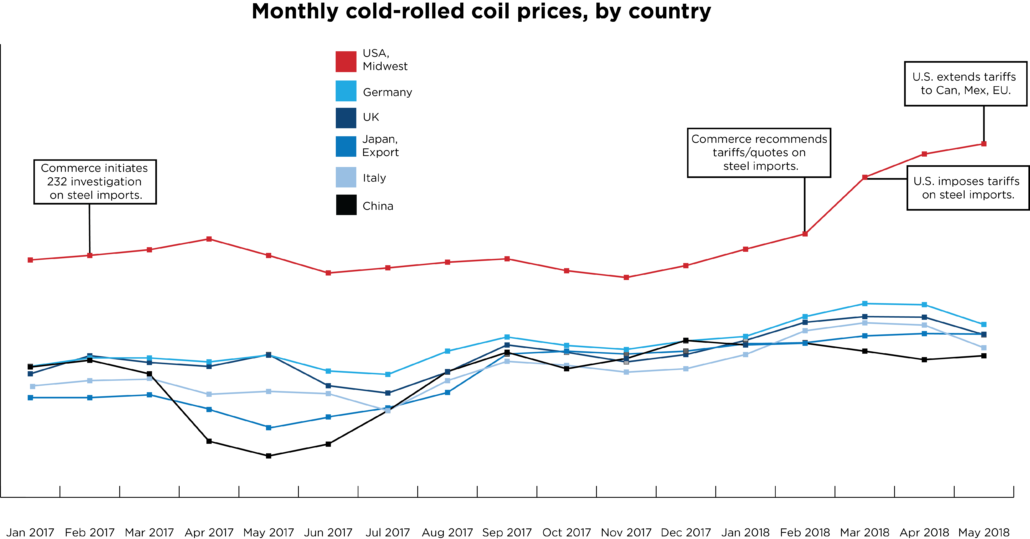 [3] Based on monthly cold-rolled coil prices, per CRU analysis.